skip to main | skip to sidebar


"What then is time?" St Augustine asked. "If no man ask me the question, I know; but if I pretend to explicate it to anybody, I know it not." He has a point. We all live in time; we all experience time as a fundamental reality of our lives - shaping us, controlling us, reminding us of the transcience of life. It is a reality that we cannot escape. We are in its grip. Time is the digital tick on my wrist watch; the pages of my diary; the deadline; that grey hair. T.S.Eliot austerely characterises our experience of time as "Birth, copulation and death." Time is relative. "When you are courting a nice girl, an hour seems like a second," Albert Einstein observed, "When you sit on a red-hot cinder, a second seems like an hour." And yet those examples do not really tell us what time is or if it is just an invention. Does this fluid, ethereal, invisible reality we call "time" actually exist or is it just an illusory perception? Do dolphins have any concept of time or do only human beings possess this dark knowledge? Why does time seem to flow in one direction? Why can't we go back to the future? Why can't I wake up tomorrow and find that grey hair restored to its orginal glory? And if time is an objective reality what is it made up of? Where does time come from? Hmmmmm....

Neuroscience and philosophical schools of phenomenology are better equipped than a blog to begin to answer those big questions. But, it's clear that our preoccupation with time, while producing real benefits, can also produce a whole range of anxieties. The bullish argument in many industrialised countries is that efficiency, productivity and time management should be the temporal coordinates of human lives. But, others observe that living under the fierce, unforgiving god, Chronos, can make mere mortals stressed, unhappy and even ill (note the rise in Attention Deficit Disorder). Due to constant stimuli and hyper activity, it was recently announced that children in schools would be given lessons in how to sleep.

We can become so focussed on busyness and speed that we begin to lose a proper sense of ourselves. Individuals can feel that their lives are "spinning out of control" or worse, are about to "break down". The common response to the question, "How are you?", has become "I'm busy." We define ourselves in terms of frenetic activity. At the same time, other aspects and dimensions of our life (family, friendship, the social and the spiritual) are eroded by the constant pressures on our time. "We are money rich, but time poor," as someone put it to me the other day. In a similar vein, the poet, Carmen Firman, casting an analytical glance over America's dysfunctional relationship with time, puts it like this:

Time is everything in America. It is sold at each deli and hot-dog cart, on TV and by insurance companies, on slot machines or in the Have a nice day greeting everyone utters automatically only to get rid of you quickly...Time is money. The Soul? It is lying lonely somewhere on a shrink's chair, in front of a computer screeen or in a cell phone.


Firman's description of America could easily be translated and applied to other countries, including Britain. Eva Hoffman writes in her fascinating book, Time:

On more familiar ground, Leon Kreitzman in The 24 Hour Society, a study of time patterns in Britain published in 1999, finds that "A large proprtion of the British population believe that they are overworked, and that life is out of control." Few, however, choose to, or can afford to, work less. Rather, as Peter Cochrane, then head of research as British Telecom pithily notes, the contemporary work conditions have created a new class divide within society: between "those who spend a lot of time trying to save money", and "those who spend a lot of money trying to save time."


But there are pockets of resistance to these new velocities. The description by the art critic, Martin Gayford, of how the artist, Lucien Freud, works struck me as being in defiant opposition to the way that time is understood and used in most digitalised, over stimulated societies. Here is a flavour of Gayford's experience from a recent Times article:

One realises that this slow, deliberative pace is crucial to the quality of the results. A great deal of his time is spent not painting but thinking: mixing the precise shade and tone for each stroke of the brush, considering the strategy of the next mark in advance, pondering the result afterwards. One day my upper lip appeared, in an unexpected shade. “You’ve given me a moustache,” I observed. “Yes,” he replied with satisfaction, “it’s a lovely green colour.” Eventually, when the patchwork of brushstrokes was complete, it fitted in perfectly. After half a year, I remarked that I might have changed since the beginning — my hair was probably greyer, for instance. “Oh, have we been working for six months?” he replied, mildly surprised. “It seems like five minutes.”


One of the dangers of living under the unforgiving eye of the clock is that we risk losing the faculty of concentrated contemplation. In our haste, reality becomes a blur and we stop seeing the interior mystery of the present moment. Activism prevents the sublime contours of people and things being slowly revealed to us in their own time and at their own rhythm. Living at high speed, make acts of reverence almost impossible, partly because, in a secular age, there are few things that can command such contemplation and respect. The prospect of waiting for the auspicious moment and living with the tension of incompleteness has become anathema to many people. Instead, we bypass natural gestation periods, and force things (work, relationships, ideas, "spirituality") into a premature birth and then wonder why they don't answer our true longings. We substitute the twitter soundbite for deep thinking; the ticked box for an action done with care and attention; the slick meditation centre for the wisdom of a fourth century monk living in the Egyptian desert:

Unless there is a still centre in the middle of the storm
Unless a person in the midst of all their activities
preserves a secret room in their heart where they stand alone before God
Unless we do all this we will lose all sense of spiritual direction
and be torn to pieces. 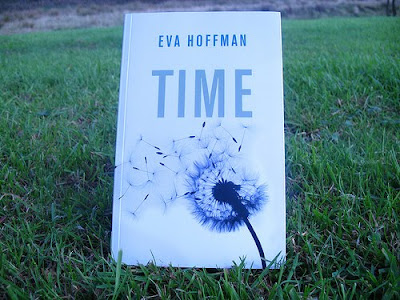 Every effort has been made to conform to copyright laws either by using personal material; material that is out of copyright or material for which the owner has given permission for internet use.

All opinions on this blog are personal and represent the views of the author alone.