skip to main | skip to sidebar

Is the internet weakening our ability to read? 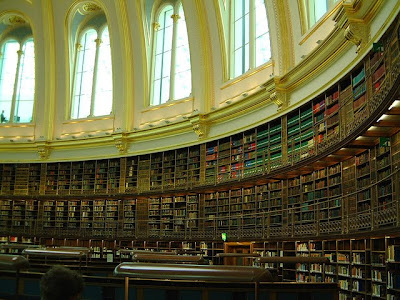 There’s a striking passage in the Confessions, where St Augustine describes his surprise when he stumbles across Ambrose, the bishop of Milan, reading. Augustine observes that “when he read, his eyes scanned the page and his heart explored the meaning, but his voice was silent and his tongue was still. Often, when we came to see him, we found him reading like this in silence, for he never read aloud.” Augustine was witnessing what, we may term, a paradigm shift from a largely oral idiom to a written idiom, where the thinking subject internalises the word and becomes not just one who reads but a reader.

But this shift, Nicholas Carr believes, also marks a significant cognitive development with brain function being stimulated and exercised in new ways. For centuries, the commonly held neurological view was that, after the malleability of childhood and youth, our brains became structurally fixed. In this mechanistic understanding, the brain was like a combustion engine, its many parts having a specific character and function. If any deviance from these functions occurred the circuits of the brain, like those of the engine, would begin to break down. Such an understanding of the brain has recently been called into question and it appears that our brains are more “plastic” than previously thought. With repetitive thought and action, the neural circuits of the brain appear to develop and strengthen.

Augustine witnessed the shift from an oral to a literate culture but now there appears to be a further shift to an electronic vernacular, which, again, will provide challenges at the neural and cultural level. We are witnessing the digitilisation of text. It is conceivable that all the libraries of the world will be stored on a computer and accessed via the i-book in your hand. At the forefront of this revolution is Google that aims to scan every book ever printed and make them “discoverable and searchable online.”

In comparative terms, is this anything more than the change from vinyl to c.d that many of us experienced in the twentieth century? Does it matter if our texts are printed or digitalised, isn't this just a technological development which only the Luddite would see as threatening? Well, though there may have been benefits from the move from vinyl to c.d and more recently, to download, there have also been losses. No one listens to an album sequentially from track one to track twelve these days. The idea of artistic coherence, at least in the mind of the majority of listeners, has been lost. Instead the listener flits from track to track until they land upon something aurally attractive and then, when they are satisfied or their attention is tested, they move on. Our ability to listen to music - pop, jazz or classical - in a concentrated, uninterrupted fashion is challenged. It is not just that the music or the methods by which we listen to music have changed, what is changing is the very act of listening itself. Listening for the "still, sad music of humanity" has become an activity associated with a bygone age.

Similarly, having a digitalised text may have many benefits, such as easy access to a particular book but there are also likely to be losses. For example, what happens to the cohesion of a text? What happens to the intellectual discipline of following an argument? What happens when we stop exercising our more reflective faculties, when a text becomes just hyperlinked data, something to scroll rather than an integrated body of learning to be thought through? What happens to the architecture of our brains when we start thinking like this? Nicholas Carr writes ominously:

For Google, with its faith in efficiency as the ultimate good and its attendant desire "to get users in and out really quickly," the unbinding of the book entails no loss, only gain. Google Book Search manager Adam Mathes grants that "books often live a vibrant life offline," but he says that they'll be able "to live an even more exciting life online." What does it mean for a book to lead a more exciting life? Searchability is only the beginning. Google wants us, it says, to be able to "slice and dice" the contents of the digitized books we discover, to do all the "linking, sharing, and aggregating" that are routine with Web content but that "you can't easily do with physical books...The great library that Google is rushing to create shouldn't be confused with the libraries we've known up until now. It's not a library of books. It's a library of snippets.

Labels: Confessions, Nicholas Carr, St Augustine, The Shallows: how the internet is changing the way we think

Every effort has been made to conform to copyright laws either by using personal material; material that is out of copyright or material for which the owner has given permission for internet use.

All opinions on this blog are personal and represent the views of the author alone.